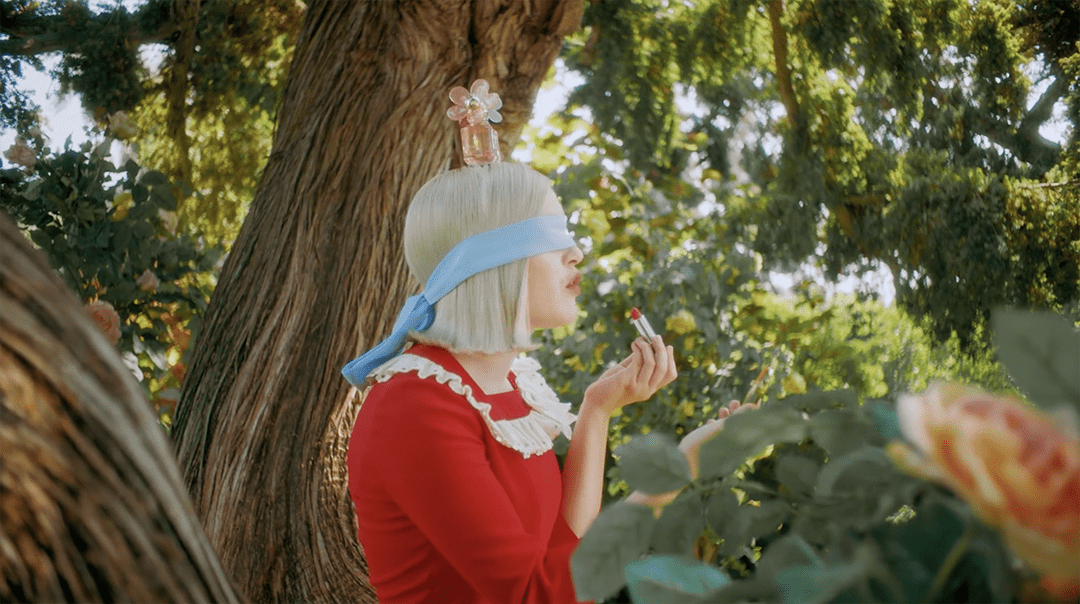 A new director comes aboard.

Picture a Venn diagram with 3 circles, representing professionalism, playfulness, and the unexpected. Jimmy Marble is smack in the middle of all three.

Jimmy’s fearless use of colour is an obvious trademark, but an equally strong characteristic is the imaginative way he approaches storytelling. Like the ever-surprising magician’s hat, we never know what he’s gonna show us next.

All we know is that we’re thrilled to have him join Mr.Frank, and we’re looking forward to shaking things up!
For a bit of background on Mr.Marble, dive into this Q&A.

When watching some of your short films (like Sister Cities, If you're ready, Ugh! or The Waning Hour), I noticed that you tend to portray characters who are communicating with each other through almost impossible means. I get the sense that you’re playing with distance and proximity a lot, and I was curious to know what these themes mean to you?

Wow, I had never put that throughline of all those together. That’s really funny!

I don’t know…we live in a really weird world where you can be really close to people who are really far away. People are living so many different truths that contradict each other, and technology has made it so you can just be with each other without being with each other.

We live in times where space, emotional space, has collapsed to whatever you need it to be, while at the same time we’re all living in such different realities from each other. I feel like all this is something that’s fun to play with.


It’s obvious that you aren’t afraid of playing with humour, or making things surreal or unreal. What’s your method for dealing with those elements in filmmaking?

I just think life is extremely absurd. We’re these little creatures on this planet and we all take everything so seriously. So I guess that’s kind of where I’ll try and find the humour in things, and try and find the realness of it all, at the same time.

So, just embrace the absurdity.

Yeah. Really trying to embrace the absurdity. Before I wanted to be an artist, like when I was 13 years old, I really wanted to be a comedian. I’ve always really loved humour. So comedy was the first form of media I was drawn to.

Speaking of early aspirations, you studied writing before you went into directing, and I’ve noticed you’ve done several commercials where you incorporate writing in the form of subtitles that seem more like prompts for the audience. My question is: what’s your ideal balance between writing and visuals?

Oh, man. Well, I really like words. And I like graphic design. And I like trying to come up with phrases that are really simple, but that aren’t cheesy. Phrases that are kind of relatable to a mass audience. I love the challenge of finding the right words to say something that can relate to a lot of people without it being something they’ve heard before.

It’s fun to get really explicit and put words in there, especially if you incorporate that into a visual. Sometimes a very specific word can draw something out of the visual that you weren’t noticing before.

Well, the similar thing is that I’m trying to make them both really good. I want it to be beautiful. I feel like that’s the throughline for both of them. The commercial clients want me to make it visually beautiful as much as possible, and I want the same for my personal, independent work.

The big difference is going to be the tone. Usually, with the tone, in my personal work I’m trying to make it interesting, of course, and not what you would expect. I’m trying to do something I’ve never done before. Whereas in a commercial project you’re trying to make something that people can relate to.

You have to try and find as much of an audience as you can, in commercial projects. I guess that’s the biggest difference. When I’m making my personal work I’m trying to find a new audience. But, really, I guess I’m mainly guided by the question of what do I really want to see, or what would my friends like to see? So, yeah, I guess I have a much smaller audience in mind when I’m making personal work.

Beyond your work as a director, you also work as a photographer and sometimes muralist. Is there a conscious balance between the 3 disciplines?

Sadly, I don’t really consider myself much of a muralist anymore, but I just started painting again. But I haven’t painted a mural in about 4 years, which is too bad.

The balance can be really hard to find. Commercially, I usually take whatever opportunities come my way, whether it’s photography or video. So the balance is whatever the universe is dictating to me. And then, creatively, personally, I just have to follow whatever gets me out of bed in the morning. Do I want to take pictures or do I want to write a script? I just follow that feeling.

Along those lines, where would you say the need to create comes from, and how do you keep that fire alive?

You know, I had a psychic tell me that the fire is like this eternal thing in me that will never go away. And I believe that. I don’t know where it comes from. I don’t know…I think creativity is the one thing I’m really good at, and obsessed with. And I have a really strong sense that life is really short, and you only get one chance to do things and so I just want to take advantage of every opportunity that comes my way, and I wanna do it the best I can, while I can.

When I’m creating it’s like being at the spa…like, whatever people do to relax and unwind, that is creating for me. So my job is also how I find myself again. And that’s not typical, I guess…

Usually people have their jobs and their work, and they have their other thing that they really love to do, to decompress, but for me they’re all wrapped up in the exact same process.

In your creative journey, do you remember a particular moment or event that made your aesthetic what it is today?

After college I lived in Paris for a year – I was a teacher, teaching American undergraduates about the French New Wave, which sounds kind of ridiculous when you say it out loud. But that’s what I did! Since I was a teacher I got a pass to go to all the museums in Paris for free, and I was living kind of close to the Louvre, so I just went there all the time, and I got really into Flemish Renaissance-era paintings and Northern Renaissance paintings.

In those paintings, I noticed that they were creating with this crazy flatness to their work. The paintings were just so beautiful, so full of insane emotion, but they weren’t like Italian Renaissance paintings, which were so obsessed with creating depth, and all these tricks…

These Flemish guys just had a different kind of craft to it, one in which the artifice was clear, and that really resonated with me. It’s like they weren’t trying to hide the materiality of the painting. It was really like a two-dimensional image but it was packed with all these deep dark human feelings. And I loved it. I just couldn’t get enough of it.

And I just remember it clicking: that’s what I wanted to do with my directing, as well. To make these really designed worlds that clearly had a point of view to them, that weren’t trying to hide their movie-ness, at all.

So, yeah, in that year I really came up with a solidified vision of what I wanted my work to be like.

Beyond Flemish Renaissance painters, do you have any recommendations for things we can watch/read/listen/follow? What have you been hooked on recently?

I’ve been listening to Claudio Montverdi’s Vespers for the Blessed Virgin. It was written around 1611 and it’s his major contribution to the evolution of opera. It’s like these prayers, like choir prayers, and I have no idea what they’re saying. That’s kind of the beauty of listening to Italian opera or German opera, for me…because I have no idea what they’re saying so it just sounds completely musical.

So, yeah, that would be my recommendation. No one’s gonna take me up on it, but they should, ‘cause it’s incredible.